← more from
Real World Records
Get fresh music recommendations delivered to your inbox every Friday. 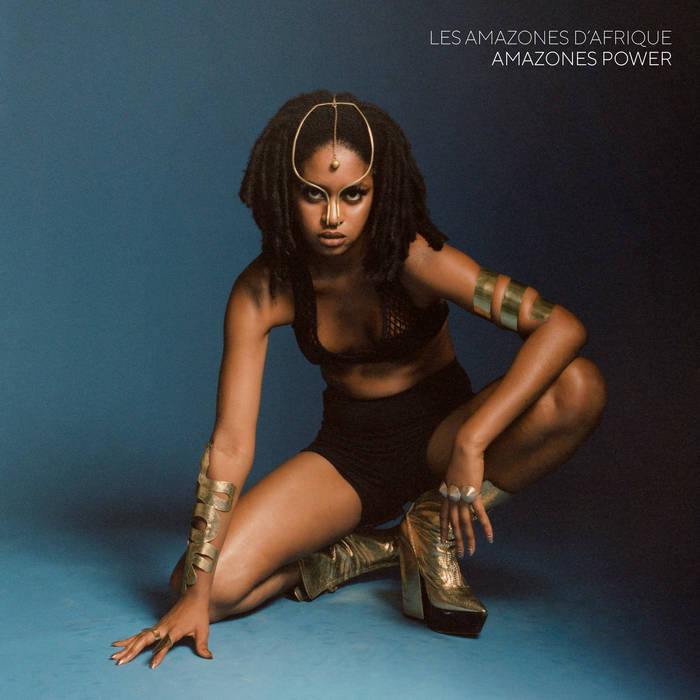 Faisal Jewell Love is the Best Song on the Album. Normally, I don't really love Hip Hop and Rap Music but, this Album is Amazing. A Combination of Electronic Beats and Rhythm and African Lyrics. Favorite track: Love (feat. Mamani Keïta).

"Women evolve and are not like before" – Les Amazones d’Afrique, Sister

A creative force that embraces international voices; sweet, strong harmonies that summon the rights of women and girls; a meltdown of heritage and new gen talent… Les Amazones d’Afrique are back with Amazones Power, the sequel to their widely acclaimed 2017 debut album, Republique Amazone.

The roots of this pan-African female “supergroup” date back to 2014, when three renowned Malian music stars and social change activists – Mamani Keita, Oumou Sangare and Mariam Doumba (also from legendary duo Amadou & Mariam) began a conversation about gender equality with Valerie Malot (head of the French booking/creative agency 3D Family). “What we found was that female repression in the continent and in the world, is something that touches every woman,” recalls Malot. “It’s not a question of colour or culture. It’s something generic. All women can relate to it.”

Universal truths, and a united desire for equality, sparked the formation of Les Amazones: a collective named in homage to generations of courageous and proud warrior women (as well as ground-breaking 1960s female pop group, Les Amazones de Guinee). Les Amazones d’Afrique have also proved fearless in confronting undeniably difficult subjects that remain an issue not just across the African continent, but around the world; throughout the heady roots and electronic grooves of their second album, there are hard-hitting themes, as songs address misogyny and violence, sexual identity, forced marriage, and the barbaric practice of FGM (female genital mutilation, or “cutting”).

Original member Keita continues her journey with Les Amazones on Amazones Power, bringing her gorgeously fiery vocals to several tracks, including Love (with its commanding sentiment translating as: “The woman deserves respect”), Smooth, Timbuktu and Dogon. The latest album also features the welcome return of Rokia Kone, aka “The Rose Of Bamako”, who brings glorious soul and wry detail to highlights such as the inspirational Queens (a call for solidarity with wives forced to bottle up the cruelty they endure from their new husbands and in-laws). This time, Les Amazones reach has also extended further, bringing in new voices and rising stars from across Africa, including Beninese vocalist Fafa Ruffino, whose versatile range connects the musical influence of her Ghanaian grandmother, gospel and soul genres, and cultural styles from Nigeria to Burkina Faso.

Ruffino is clear about the appeal of joining Les Amazones: “The first thing was the concept,” she says. “I mean, asking different female singers to team up and fight for women’s rights, by using music as the ultimate force, is just amazing. I came running, ‘cause I felt like this was a duty call, and even more than that…

“We come from different countries, yet we’re facing the same issues in our home towns. We need to show the world that there are no boundaries when it comes to standing for our rights… It felt like the universe put us together. We were fighting alone, and something pushed our energy to meet.”

Les Amazones’ songs speak to siblings, parents, children and societies at large; they often draw deeply from personal experiences, as well as giving vital voice to those who are unfairly overlooked. As the youngest new member of the group, Guinean musician/dancer/artist Niariu, recently explained in an interview with Afropop: “We want to give a voice to women who are not being represented in the larger feminist movement in the West. We want to make the African story matter as part of it.”

Niariu’s lilting refrain (“Together we must stand/ Together we must end this”) feature on the album’s invigoratingly funky opening track and lead single, Heavy. Elsewhere, the album’s brilliantly diverse, vivacious lead voices include Malian rap star Ami Yerewolo, Algerian singer Nacera Ouali Mesbah (whose work has included taking on traditionally male-dominated chaabi music; here, she delivers the incendiary Arabic-language lyrics of Rebels – “We want to live free, live in peace… The path is certainly long, but we will succeed”), and Ivory Coast chanteuse Kandy Guira, who brings fierceness and beauty to Sister. On the album’s mighty concluding track, Power, a collective of 16 multi-generational vocalists spanning Africa, Europe and Latin America herald a collaborative future where there is true equality.

Les Amazones have always been inclusive in their spirit of empowerment, but for the first time here, their music also features young male vocalists – in this case, Douranne (Boy) Fall and Magueye Diouk (Jon Grace) from Paris-based outfit Nyoko Bokbae, whose expressions elevate the sound of 21st-century diaspora, and who team up with Niariu (and celebrate their own female elders) on Heavy. As Ruffino points out, this is a natural progression:

“The new generations are rising against traditions, especially in Africa,” says Ruffino. “So, you have many young men in women’s right associations, going door to door to inform the youngest. So it’s completely fair to have them on board with us. Nyoko Bokbae are incredible; the messages they have are strong and energizing.”

And Amazones Power is aptly named, of course:

“Power means everything,” says Ruffino, emphatically. “We are all coming together to change the rules that have been established for centuries. Women are taking over the world, you know! With this album, we are breaking the code, by talking about violence against women and young girls, genital mutilation, forced marriage, gender equality. We want to make our sisters and mothers understand that it’s up to us what makes us happy and fulfilled.”

This album is dedicated to the memory of Toni Morisson.

Les Amazones d'Afrique in 2019 features some new faces, but the message remains loud and clear: Violence against women must stop. 'Amazones Power' tackles these issues head on. Three generations of women sing out in unison, calling for a future without the threat of female genital mutilation (FGM), sexual violence, lack of education and forced marriage. ... more

Bandcamp Daily  your guide to the world of Bandcamp